Being a bunch of litigious snowflakes is very much a part of the McCloskey family crest. They have a long history of being tremendous assholes, horrific neighbors, and legal bullies.  – Advertisement – 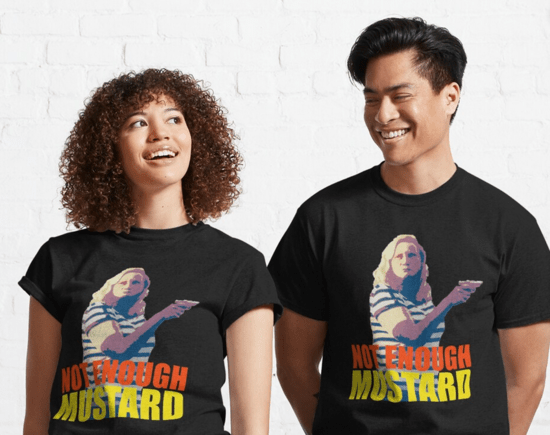 Not a bad shirtWell, the aggro Missouri marital team say that United Press International (UPI) photographer Bill Greenblatt’s images have added to the “significant national recognition and infamy” of the two McCloskeys. According to the McCloskeys, among other issues, Greenblatt’s photos have been used in Redbubble merchandising of t-shirts and coffee mugs, using their likeness without consent. More importantly, the couple says that these images and their accompanying meme-ing has caused them “humiliation, mental anguish, and severe emotional distress.” The St. Louis Post-Dispatch reports that the lawsuit also casts the couple as the real victims here, alleging that the photographer and press agency “acted outrageously and beyond all reasonable bounds of decency, with their conduct regarded as atrocious and intolerable by any member of a civilized society.” The couple is looking for the image to cease being used in any capacity, as well as demanding damages.- Advertisement –